Gergana Krasteva
About Me Writing 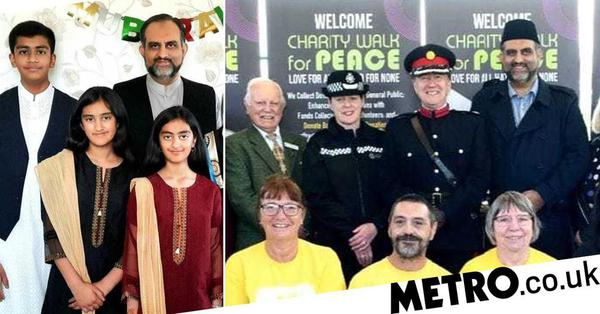 'I saw people injured in front of me': Dad escaped mosque massacre for new life

When the first gunshots sounded outside the mosque next to his office, Lutf Rehman did not know he would bear witness to what is now referred to as the Lahore Massacre. Almost 100 people were killed and 120 more injured in two simultaneous attacks against Ahmadiyya Muslims in Model Town, Pakistan, in May 2010. Miraculously, the 44-year-old survived but his memories from that fatal day still live with him. He told Metro.co.uk: ‘Five minutes into the Friday prayers, we heard gunshots from the o 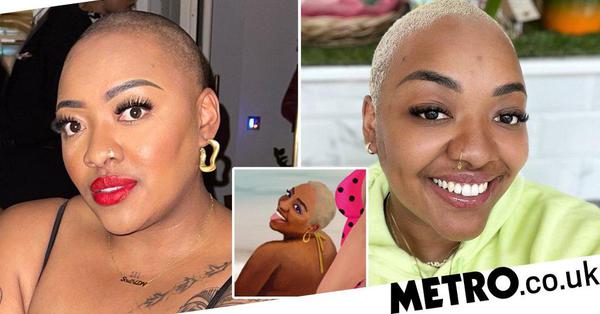 Model made face of body positivity campaign ‘without being asked’

A British model has claimed the Spanish government did not even ask before using her image in its new body positivity campaign. ‘Summer is ours too,’ the slogan reads in a highly praised move away from ‘beach ready’ beauty standards. But Nyome Nicholas-Williams, known as Curvy Nyome on Instagram, said she only found out about the poster – featuring five women of different shapes and races – when her aunt messaged to congratulate her. ‘It is just a reminder that as a black woman my body is sti 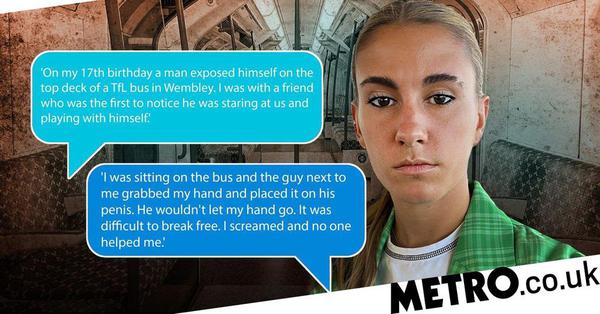 Every day, women face disgusting behaviour while just trying to get on with their lives. Nearly 200 women have shared their experiences while travelling around London with sexual predators targeting them on all forms of public transport. Inspired by the murder of Sarah Everard, Zan Moon started an online movement ‘tackling rape culture in education’. She founded Screengrab Them and compiled stories of everyday sexism from victims as young as 11 on Instagram. One woman told her: ‘Men repeated 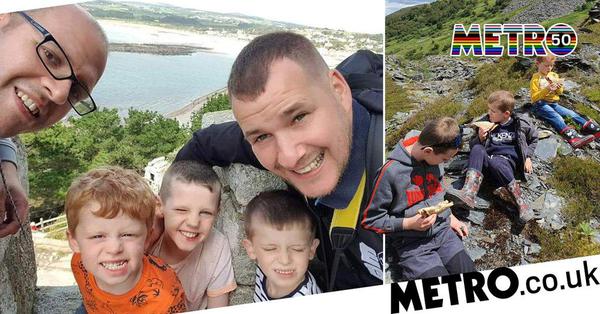 Opening up your home to a child in care can be a beautiful experience, marking the start of a real family for some LGBTQ+ couples. Phil Ashton and Chris Smith, both 41, initially wanted to adopt a toddler so that they can experience a lot of firsts – like their first words and first steps. The couple, who live in Merseyside, also put down on their preference list to their local adoption agency that they wanted a child with no significant disabilities. They did not want to worry about medical 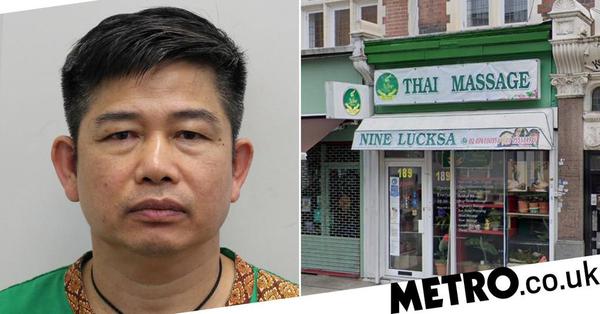 Two young women who were sexually assaulted by the same massage therapist in London have shared their stories – hoping to give the strength to potential victims to contact the Metropolitan Police. Katy and Mollie, both in their 20s, were described as ‘the bravest women ever’ for coming forward against Mongkon Thopwan, who was sentenced today to 11 years in jail. He was convicted in March of five counts of assault by penetration and one count of causing a person to engage in sexual activity wit 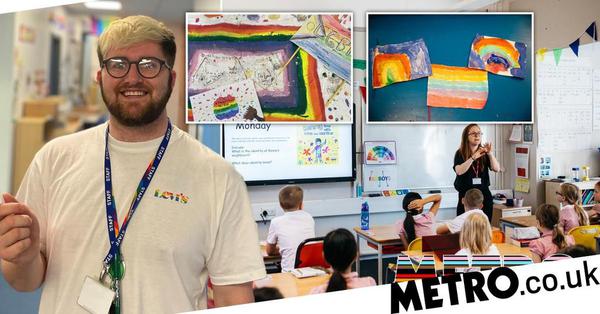 From Pride parades to popular culture, there is a good chance children have been exposed to LGBTQ+ culture and have a million questions about it. This is why it is surprising a third of UK parents have never spoken to youngsters about what the terms lesbian, gay, bisexual and transgender mean. According to a new survey by Just Like Us, the LGBTQ+ young people’s charity, only 19% have had a conversation about what the acronym means only after their child asked them. When asked whether more lit 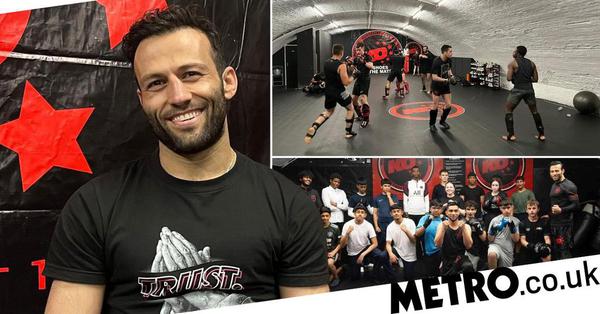 There is a distinctive smell of sweat – typical to well-oiled gyms – at K.O. Combat Academy in east London where mixed martial arts star Pasha Rafiei trains seven days a week. This is where the ‘Persian powerhouse’ – as he is referred to by fans – has rebuilt his life over the last two years after fleeing Iran in fear for his life. Watching him deliver powerful kicks while wearing an altitude mask, it is hard to imagine that in 2019 he lived in a refugee camp in Greece where he used old car ty 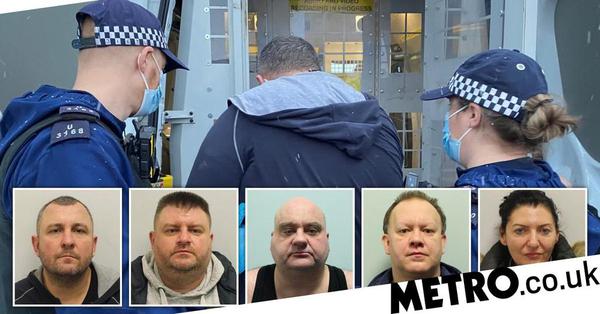 Five people have been jailed after a ‘courageous’ woman helped the Metropolitan Police bring down one of the largest modern slavery rings in England. When Bella arrived in the UK at the age of 18, her dream was to find a better life for herself after a traumatic childhood bouncing between orphanages in Poland – not be sexually exploited and trafficked to clients at the West End. Her name may have been changed to protect her anonymity but her story of how she helped save 134 women trapped in fi 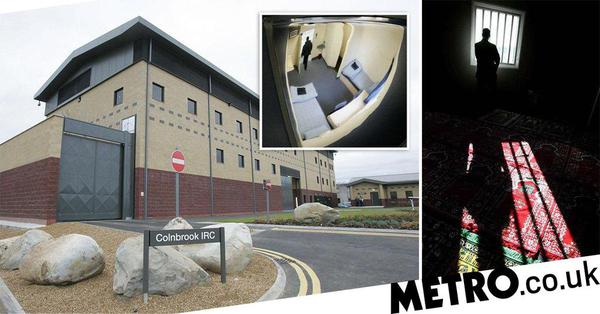 A married man who has lived in England for 20 years is one of ‘up to 50 people’ facing deportation to Iraq next week. If the Home Office’s charter flight to Erbil International Airport takes place on May 31, it would be the first one from the UK in at least a decade, according to the Bail for Immigration Detainees (BiD) charity. Metro.co.uk has seen the removal orders of three people in Colnbrook centre, next to Heathrow Airport, who were all alerted last week, leaving them with just days to o 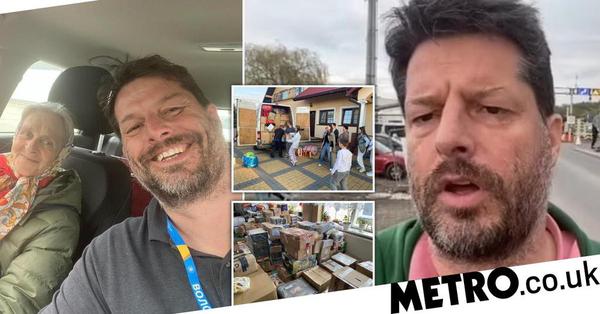 A British volunteer on the Polish border claims the Homes for Ukraine visa scheme is putting the lives of refugees at risk over ‘excessive bureaucracy’. Nick Hills, 47, has spent the last two months delivering food and medical supplies – like tourniquets and blood fridges – to hard-hit areas and helping civilians flee the country. Seeing first-hand how slow the visa process is, the dad-of-two is appealing to the government to act on the ‘shambles’ he has witnessed. Describing the scheme as an 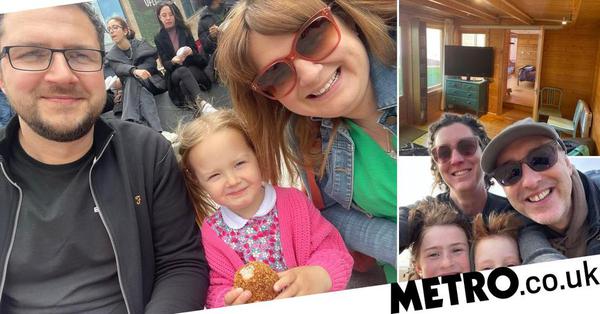 Hundreds of people who signed up to the Homes for Ukraine scheme are still waiting to hear from the Home Office more than a month later. Metro.co.uk spoke to some of the big-hearted Brits who applied to be sponsors in the first week the initiative was launched, but many have received radio silence for weeks. It’s led to some sponsors accusing the Government of ‘playing with the lives’ of vulnerable people fleeing Russian soldiers. Louise Marcinkevice was set to house a mum and her nine-year-o 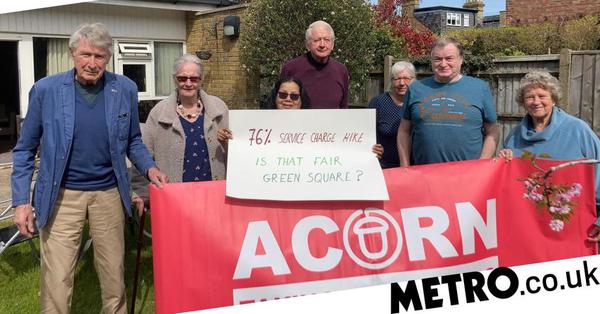 Struggling to put dinner on the table. Being unable to fill the car with fuel to see the grandkids. This is not how most see their retirement – but it’s the reality for these tenants hit by a brutal £1,000 bill hike. Malcolm Bridges, 71, and his Oxford neighbours have been forced to ‘cut back on necessities such as food’ after a whopping rise in service charge and rent. Pensioners living at Harris Court and Drew House were slapped with a four-week notice by GreenSquareAccord (GSA) that annual 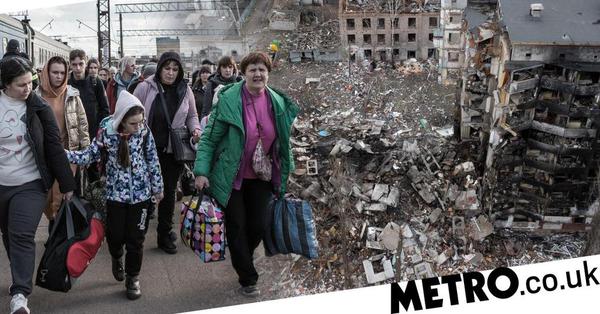 A housing group has been criticised for banning one of its tenants from hosting a Ukrainian refugee fleeing the war. Louise Gamble had ‘all her ducks in a row’ for the arrival of a woman who had left Kyiv in the first days of Russia’s invasion, until she received an ‘intimidating’ letter from a property manager representing the company which owns her building. Signed by Blundellsands Properties, it stated that taking in lodgers is not allowed, adding while her intentions are ‘laudable’ she can 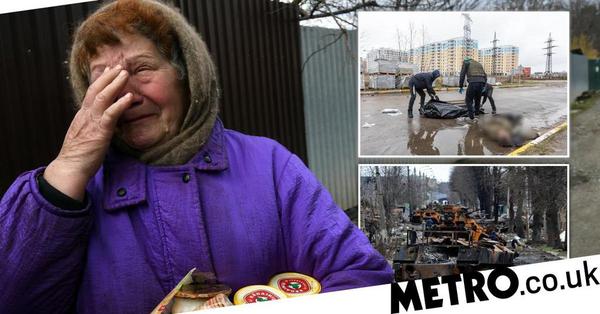 Vladimir Putin is facing a global arrest warrant over the sickening atrocities of Bucha, an international relations expert has said. Images of mutilated dead bodies have circulated around the world, but Dr Catherine Gegout said it would still not be easy to prove the Russian leader had committed war crimes, and even more difficult to prove it was ‘genocide’. According to the International Criminal Court (ICC), genocide is the intentional destruction of people – usually defined as an ethnic, na 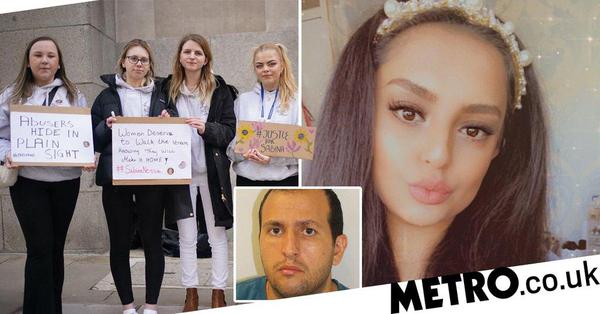 Students at Sabina Nessa’s university in London – only a few miles from where she was killed – spend every day thinking ‘this could have been me’. As sex predator Koci Selamaj is sentenced to life in jail for her murder in September last year, organisers behind the Sabina Project said one of them could be the next victim of ‘extreme’ male violence. Like the adored teacher at Rushey Green primary school in Lewisham, Kareema Motala is a 28-year-old woman, living in south-east London, while study 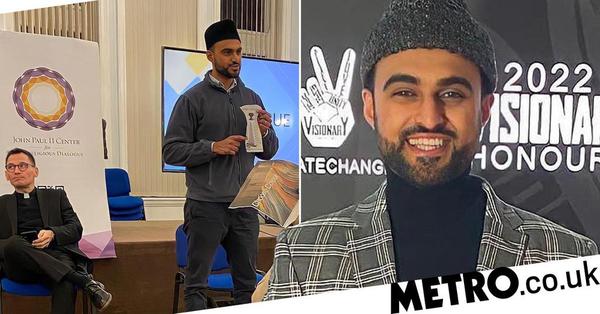 One of UK's youngest Imams busts myths about Muslims for Ramadan

One of Britain’s youngest Imams is on a mission to change the public’s perception of Islam at the start of Ramadan. Sabah Ahmedi, 28, wants to tackle the misconceptions that have given rise to shocking levels of Islamophobia in the UK. According to a recent study by the University of Birmingham, Muslims are the ‘second least liked’ group after Gypsy and Irish Travellers. It is no wonder Mr Ahmedi, known as ‘The Young Imam’ on Instagram, is so keen to show what life is really like for British 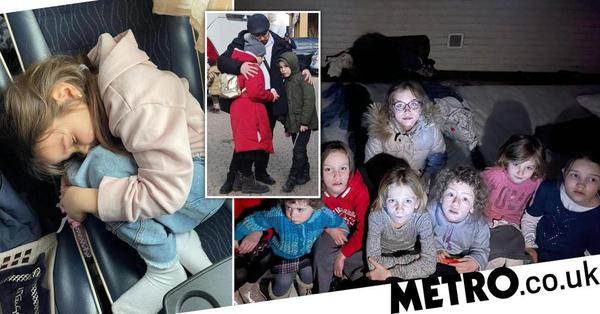 A British aid worker has evacuated more than 1,200 refugees, including some 270 orphans, from Ukraine to Romania since the start of the war. Hundreds of Jewish children from Tikva – an orphanage school in the port city of Odessa – were crammed into buses when the first Russian bombs started falling in the country, leaving everything behind. Jeremy Posen, who has worked as the chief financial officer for the charity for the last three years in the Black Sea hub, boarded the convoy of buses to w 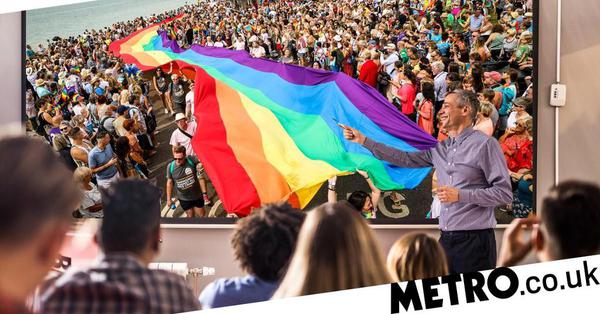 Eight out of 10 teachers in England are ‘crying out for the right resources’ to support young transgender students in their classrooms. Pronouns, uniforms and toilets are just some of the topics that pupils want to know more about but have no one to ask at school. With no formal LGBT+ cultural competency training, educators are often confronted with questions they do not know the answers to, leaving some feeling ’embarrassed’ or ‘completely uncomfortable’, and children ‘hushed up’. Change is 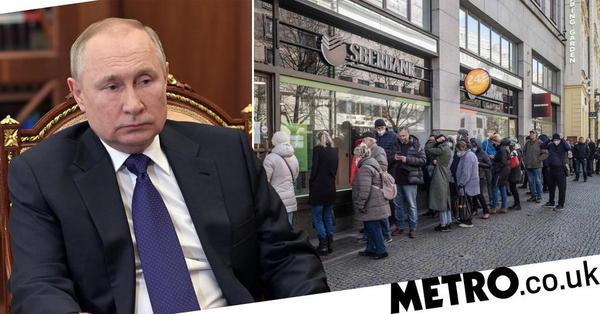 Western sanctions imposed on Russia for its war in Ukraine have ‘no impact’ on Vladimir Putin and his inner circle of trusted advisors, according to an expert. Instead, ordinary Russians – such as the thousands of protesters in Moscow, St Petersberg and 31 other cities – could soon suffer ‘catastrophic consequences’. Economic sanctions expert Dr Nathanael Tilahun says the world could soon be looking at reports of food shortages in the country, or even famine. He told Metro.co.uk that at this 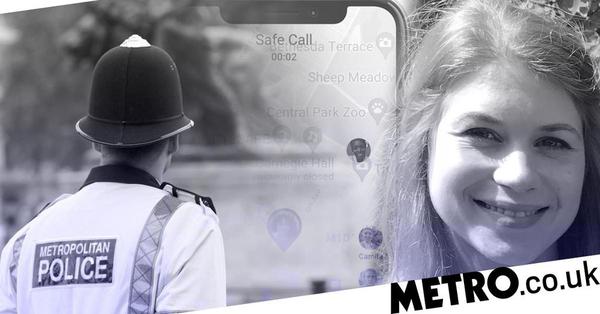 Women in London prefer using personal safety apps when in danger instead of calling the Metropolitan Police for help. Today marks one year since the abduction, rape and murder of Sarah Everard by serving police officer Wayne Couzens as she walked home from a friend’s house near Clapham Common. In the 12 months since her death, others – like primary school teacher Sabina Nessa – have died at the hands of men, prompting a national outcry for urgent change. Despite assurances from the police and
Load More Articles
Close ✕